The permanent exhibihtions of the International Maritime Museum Hamburg show the Prof. Peter Tamm collection – the largest private maritime collection worldwide. On 9 exhibihtion decks the universal maritime history of humankind is explained through a variety of perspectives.

Tour of the exhibitions:

Deck 1 is dedicated to the discovery of the world. While Columbus and Magellan relied on compasses and quadrants to plot their course, today’s seafarers have GPS to help them.

Would you like to take the helm yourself? A ship simulator lets you do just that.

One of the museum’s real highlights (not just for kids) can be found on the ’tween deck, where you can see the Queen Mary 2 – made of almost a million pieces of Lego – in dock!

Deck 2
Around the world by sail power: Sailing ships

Deck 2 is entitled ‘Around the world by sail power’ and is all about sailing ships, from the beginnings right through to the early 20th century. A Greek trireme, Viking ships, warships from the Age of Sail and tall ships tell tales of trade and the major naval powers’ battle to control the seas.

On the ’tween deck, you can find out about the mysterious Cape Horner fraternity and meet the menaces of the seas: pirates.

Deck 3
The History of Shipbuilding: from Craft to Science

Are you fascinated by the technical side of things? Deck 3 presents the history of shipbuilding, which has seen it evolve from an ancient, traditional skill to a modern production process using computers and laser technology. Find out with the aid of contemporary sketches and model ships how scientific discoveries have influenced vessel construction since the 17th century. Watch a time-lapse film showing how the container ship Cosco Panama was built at the Blohm + Voss shipyard.

Deck 4
Serving on board: Historic costumes and weapons

Life on board is dominated by strict hierarchies, hard work and rituals. Uniforms, weapons, medals and insignia – Deck 4 provides an impression of serving on board. A sailor’s outfit says a lot about his rank within the crew. Working in extreme conditions: serving on board demands a great deal of discipline and psychological resilience. The exhibition highlights issues such as spiritual welfare and health.

‘The eyes of the dead are closed gently; we also have to open gently the eyes of the living.’ This quotation by the French painter, writer and choreographer Jean Cocteau could serve as a motto for the ‘War and peace’ exhibition. Deck 5 is dedicated to international naval history. Varied exhibits speak of victory and defeat, major events in world history and individuals’ fates.

When steam engines started powering ships in the 19th century, vessels – now made of steel – grew larger and larger while their routes became easier to plan. Emigrant ships sparked the beginning of a rise in passenger shipping. Nowadays, the focus is often on the journey itself: take a look at Deutschland and other cruise ships that make passengers’ dreams come true.

‘Marine exploration: the last secret on earth’ takes you deep below the waves. Water covers three quarters of our planet and we still know very little about life on the ocean floor. The dream of exploring the depths is nothing new: Jules Verne sent his fictional submarine Nautilus ‘20,000 Leagues under the Sea’. On Deck 7, you will follow the work of oceanographers from the German Marine Research Consortium.

The impressive collection of paintings presents maritime art from its birth over four hundred years ago to the present day and includes more than 200 works from the Netherlands, the UK, Scandinavia and Germany. Other precious artefacts can be seen in the treasure chamber: ships made of gold, silver and amber, along with the world’s only collection of rare bone ships.

‘The big world of little ships’ awaits you on Deck 9, where you will find the model that started off the whole collection: a miniature version of a coaster using a scale of 1:1,250. Vessels from around the world, sea battles and ports are all presented on the same scale. The little waterline models were used in the first half of the 20th century for ship recognition and to illustrate military strategy and manoeuvres at sea. They are now sought-after collectors’ items.

The International Maritime Museum Hamburg will remain temporarely closed from November the 2nd 2020. We are thus following the Hamburg Senate’s decree to contain the COVID-19 pandemic. All tickets already purchased will of course remain valid. 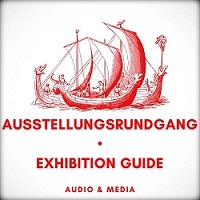 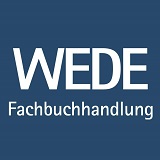 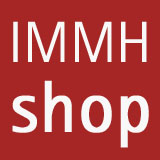 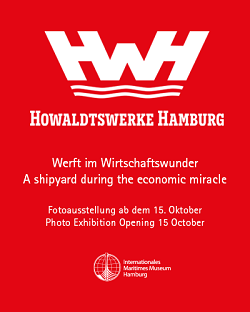 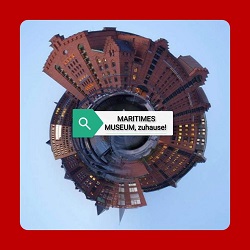